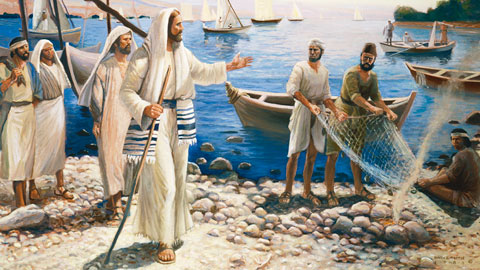 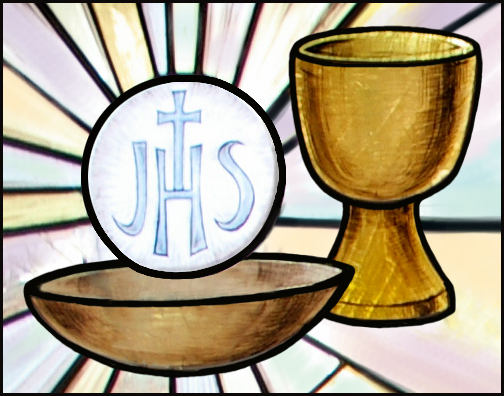 Churches are now CLOSED for public Mass. See below for further details

The Sunday obligation to attend Mass is still suspended for the time being. Please be patient as our greatest concern is the safety of everyone.
Mass will continue to be live-streamed as below.

There are several churches which live stream masses throughout the Archdiocese of Liverpool. These can be accessed here.

Other streamed masses are also available, click below for more 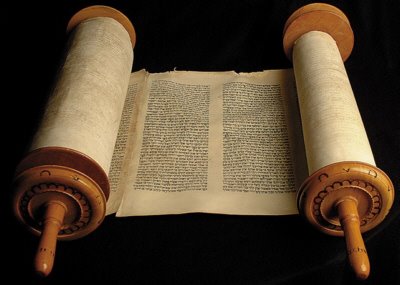 Third Sunday of the Year.

Jonah preaches to the people of Nineveh and they repent.

St.Paul tells the people of Corinth how to live in a  world that is rapidly passing away.

Jesus calls his first disciples and they follow him

In a recent email to priests of the Archdiocese, the Archbishop has written the following:-

“Although I have circulated the recent Government advice on the opening of churches, I want to emphasise that the final decision in this regard is yours. Only you know your people, their age profile and the risks they are likely to be exposed to and present to others. You have to consider your volunteers and stewards. You also have yourself to consider and I would not want you to expose yourself unnecessarily to infection from the virus.”

So, after speaking to a number of health professionals, priests in the Archdiocese, nurses and NHS staff, all the priests of the Deanery have decided to cease the celebration of public worship and private prayer in all the churches in the area. We will review our position as and hopefully when the situation is a little better. There are several reasons for this:

The overall message from the Government and health officials is to STAY AT HOME. Please do so, stay safe, and please God we will be able to open up our churches very soon to welcome you back. As we see the vaccine distributed, closing our churches now is a small price to pay to welcome back a time when we can feel safe everywhere, especially when we gather to pray together one day. 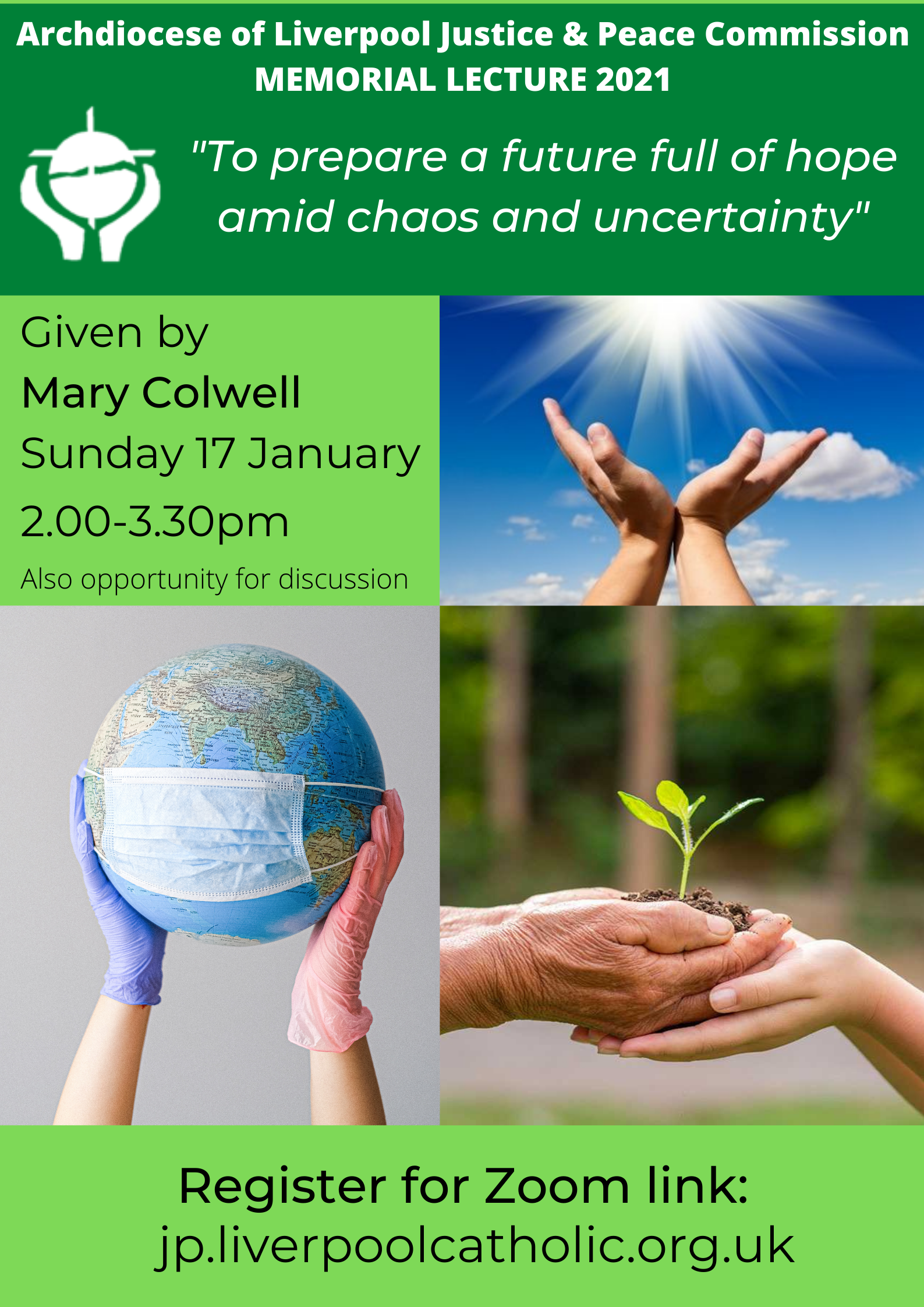 In prayerfully being present at a Mass being broadcast to you, obviously physically receiving the Eucharist is not possible. However, Spiritual Communion is.

So what is Spiritual Communion? The common practice of making such a spiritual communion indicate our desire to join with the Lord when in a situation that makes unable to sacramentally receive the Body and Blood of the Lord in Holy Communion at Mass.

Some resources for families who would like to celebrate the Liturgy of the Word with their children.

The Redemptorists have created an Advent and Christmas time resource for children. Access it by clicking on the picture

The God who Speaks now have a section on the Word at home: https://www.cbcew.org.uk/home/events/the-god-who-speaks/word-at-home/

CAFOD has several useful items to use with children -  updated weekly

There are four newsletters published weekly in the Deanery, you can access current and past editions here:

( Newsletters download as pdf files in a new window.)

There are several items of interest available from the Archdiocese of Liverpool.

The Liverpool Catholic website also has up to date information on the Church's Policy regarding Coronavirus and lots of other useful information.

Most weeks there may well be a number of feast days. We don’t necessarily celebrate them all. Some saints are more important in certain parts of the country than others and will be celebrated more on a local level, whilst other saints will be celebrated everywhere. So each week we will comment on the feast-days that we should celebrate in our regional Church.

The Conversion of St.Paul the Apostle, was, according to the New Testament, an event in the life of Paul the Apostle that led him to cease persecuting early Christians and to become a follower of Jesus. It is normally dated by researchers to AD 33-36.

Both First Century bishops, Timothy and Titus were disciples and co-workers of St.Paul. Timothy accompanied Paul on his travels and was put in charge of the Church at Ephesus whereas Titus was in charge of the church in Crete. Titus was Paul’s messenger to various Christian communities and was his personal secretary. Paul wrote Pastoral Epistles to both of them.

Angela was the founder of the Ursuline nuns. Born near Lake Garda, Italy, she was an orphan. She became a Franciscan and devoted herself, with a number of companions, to the education of poor children. In 1535 they dedicated themselves under the patronage of St.Ursula, but they took no vows and wore lay clothing. She died in 1540.

Born in Italy around 1225, Thomas Aquinas was educated by Benedictines and later at Naples University. He is considered as being one of the greatest Christian thinkers. Following great opposition from his family he joined the Dominicans. The rest of his life was divided between Paris and Italy, studying, lecturing and writing until his early death at the age of 49. His most important work was the Summa Theologica, a comprehensive commentary on Christians mysteries.

When Jesus calls His first disciples there is an urgency in God’s call and that has a profound effect not just on the person called, but on others too. When Jesus called Simon and Andrew, James and John, and each of us, He didn’t call us to do something, He called us to be something - to be His disciples. When we respond to His call to live the Gospel in all our actions, then our actions reflect our inner life, and that life is the life of Jesus Christ we have been called to embrace. It is then we become who we are truly meant to be!

Lord,
Still my mind of its daily worries and distractions.
Calm my fears and fill me with your peace.
Open my ears to your call in my life.
Fill my heart with your love.

Let us take time to open our hearts to listen to God's call to be His disciples. Try to spend time with the Lord in quiet prayer each day.

Is it possible to set up a small corner of a room as a place of prayer? Perhaps place a Bible or prayer book, a safety candle, a sprig of flowers and a crucifix or picture of the Risen Christ on it. Sometimes a beautiful picture or an inspirational quote may also help to still the mind.

St Margaret Clitherow Enquiries: This email address is being protected from spambots. You need JavaScript enabled to view it.

St Edmund Arrowsmith Enquiries: This email address is being protected from spambots. You need JavaScript enabled to view it.

St John Rigby Enquiries: This email address is being protected from spambots. You need JavaScript enabled to view it.

St Catherine of Sienna and All Saints, Golborne & St Lewis, Croft: This email address is being protected from spambots. You need JavaScript enabled to view it.